Now that I have your attention….

Some may suggest I am about to draw a long bow. I beg to differ and will vigorously defend the position I am about to offer up for your consideration.

So after you have finished reading all the FANTASTIC statistics about how being separated from your partner for JUST ONE NIGHT will make your sex life more exciting, I have a less expensive, less disruptive and sneakily clever suggestion for you.

Sleep in separate rooms for just one night a month.

I do admit that there might be some role playing and creativity needed to give the illusion of one of you not being the house – but I’ll leave that to your (and your partner’s) imagination.

My two favourite and compellingly convincing quotes from the article are:

Couples who spend at least one night a month working away from home have a hotter sex life than those who share a bed every night, the study found.

And one in four admit they’re more likely to be in the mood because they have more energy after a night in bed alone. 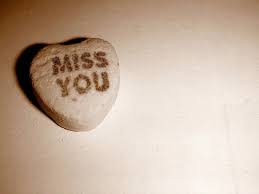 (I concede that the article also mentions that part of the attraction and excitement is being away from the ‘stresses and strains of home’ – but hey… that could easily be achieved by the aforementioned creativity.)

I’ve never advocated that sleeping apart is an every night decision – it isn’t for some. And now, if you were ever looking for a reason to have the occasional night cocooned alone in your own space and your own bed – even if it involves some pining for your partner – you can justify the decision by referring to this rigorous, scientific research conducted by Blue Rainbow Aparthotels.

What? It’s sponsored by a hotel group? Get out!!

However, I choose to stand behind their findings and commend the idea to those who want both a restful night and a HOT sex life.

And if you are still thinking “Oh what a load of rubbish!”, I say….

WHAT HAVE YOU GOT TO LOSE?