You are here: Home / couples sleeping apart / “But it’s not a marriage.”

Tim Lott has given his view on what constitutes (or not) a marriage in both The Guardian in the UK (8 June, 2013) and then the QWeekend magazine, part of Saturday’s local rag here in Brisbane, The Courier Mail (24-25 August, 2013). (Unfortunately no link for the QWeekend – but the article is the same as The Guardian’s)

Now…. Tim’s biography would not immediately lead one to conclude that his key interests or professional inclinations are in the fields of sleep or human relationship research. Though his work and achievements are impressive nonetheless.

And….. I would never suggest that the area of separate sleeping is off limits for anyone to comment on.  My opinion is that anyone who shares a bed with another person for a night, or a lifetime, is a qualified expert of sorts.

“That maybe a relationship of sorts. But it’s not a marriage.”

As I type it, my breath is drawn, my heckles are up and my indignation is positively  fluorescent.

The good news is that after a few minutes, I only feel like this…

In pondering Tim’s assessment of couples who choose to sleep separately, I have been wracking my brains to work out where he is coming from, and think I’ve worked it out….

How else could someone be so oblivious to the contemporary definition of marriage that allows the two people in the relationship define what marriage means to them. And this definition is  neither constrained nor informed by the narrow, cookie-cutter approach that Mr Lott appears to be clinging to. In fact, I understood enlightened societies had shed his definition many decades ago.

But hey…. that’s just me (and a couple of thousand relationship experts, and hundreds and thousands of civilized people across the globe).

Seriously Tim Lott……. a marriage is defined by whether you sleep in a bed together at night? As unlikely as it will ever be, I’m glad I’m not married to Tim Lott, because I would be genuinely frightened to find out what other success criteria he sets for his marriages (he’s on his second). I could but muse – but I don’t want to appear ill-willed.

Didn’t Tim think to even quickly Google ‘what makes a happy marriage?’ or ‘how can a marriage be successful?’ before he made his judgement call? He would have found just a few sites that suggested it comes down to negotiation, communication, working out what works for each of you, mutual respect and understanding, etc., etc. I looked, but I couldn’t find a site that listed sleeping in the same bed every night as a ‘must have for success’.

So Tim, you may believe that a failed marriage due to different locations at night is your LOT(T) IN LIFE….

But it’s not mine.

And my relationship with my husband IS A MARRIAGE. 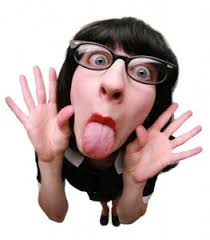